Indonesian researchers have proven that oil palm plantations produce lower emissions, around 20-25 tons CO2 equivalents per hectare per year. A 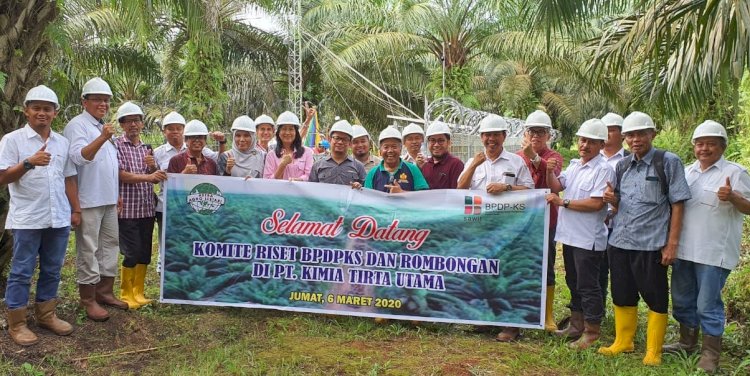 “Our research may surprise many people because the emissions level was lower than the one that many people claimed. This research may counter the claims,” Supiandi Sabiham, a Professor at IPB University who led the research said in Siak, Riau, Monday (9/3/2020) as quoted by Gatra.

He said, other researches on the same subject that claimed palm oil in Indonesia produces 95 tons CO2 equivalent per hectare per year was unrealistic. Because, the level was too high and the research was not based on scientific data.

“They used methodology that cited too many assumptions and the result was not realistic. Differently, our research was based on scientific fact and direct measurement in the location. Most importantly, we adopted more reasonable tools than the ones used by other researchers,” Supiandi added.

“That’s why our research shows different result. In my opinion, other researchers combined the two kinds of emissions so that the emission level was high. They concluded that palm oil damages environment,” Supiandi said.

The research was carried out from September 2018 to January 2020 by a team of IPB University led by Prof Supiandi Sabiham. It was conducted at oil palm plantations operated by PT Kimia Tirta Utama (Astra Group) located in Koto Gasib District, Siak Regency, Riau Province.

BPDPKS’ Head of Service Program Division at Fund Disbursement Directorate Arfie Thahar said that BPPDKS has funded 158 researches. “We provide funds for researches proposed from various background including ministries’ requests, research proposals, and selections. The one Prof Supiandi carried out was at the request of ministries,” he said.

Arfie explained, the research program is basically aimed to improve efficiency and productivity of palm oil plantations, improve sustainability, as well as to support product innovation and explore new markets.

“The research carried out by Prof Supiandi which adopted a real emission measurement method has proven that palm oil emission is not as high as American claimed. It answered negative campaigns against Indonesian palm oil,” he said. **

BPDPKS Signs MoU on Research and Development on Biofuel

Indonesia Plans to Make it Mandatory for CPO Producers...