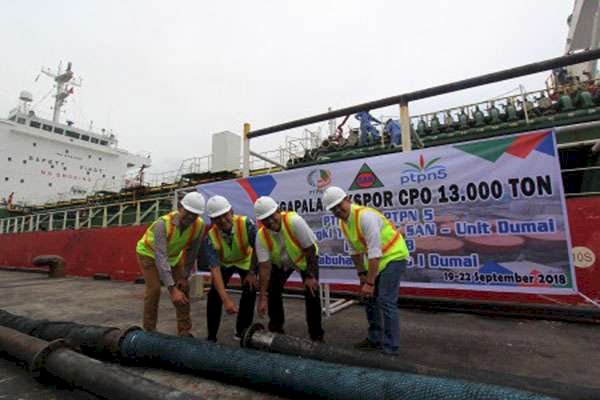 Chairman of Indonesian Palm Oil Council (DMSI) Derom Bangun saw that COVID-19 pandemic had an impact on the people’s purchasing power so that they were forced to reduce spending budget, including expenditure on foods.

"The market prefer to buy palm oil than other vegetable oils such as soy or sunflower oil as they are more expensive," Derom said in a conversation by phone, Jakarta, some time ago.

Derom analyzed, emerging and low-income countries, such as Africa, Latin America, and Asia are countries that have a high economic risk. "Due to decreased purchasing power, the competitiveness of palm oil will become stronger than other vegetable oils such as soybean oil, sunflower oil, rapeseed oil."

Derom said that Indonesia had experience in seizing Indian market. According to him, by 1985 India didn’t import palm oil from Indonesia. However, after being introduced to plam oil which was cheaper, people in India shifted to palm oil. Today, India is one of major palm oil importer in the world. It proved that price was key factor for choosing products.

"When I asked a member the community in Mumbai on how they compared between palm oil and soybean oil, the answer really surprised me. It was like comparing Maruti car with a Mercedes car," Derom said.

Today, when many countries in the midst of major economic slowdown, palm oil will become people’s choice. This is a good opportunity for Indonesia to increase its palm oil export. Derom suggested to to run aggressive promotion campaigns about palm oil in many coutries. (Source: INILAH.COM)

Govt Responses to the EU’s Discrimination Against Palm...

Punishment Will Soon Be Imposed to B20 Companies

Govt to Increase Use of CPO on Power Plants