JAKARTA—Ministry of Environment and Forestry has predicted that forest and lands fires in Indonesia will be fewer this year due to less severe dry season. 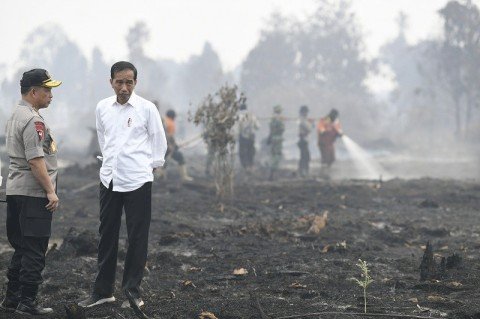 The Meteorology, Climatology and Geophysics Agency (BMKG) has predicted that dry season would peak in July-September. We must prepare, particularly in this August,” Head of Sub directorate Forest and Land Fires Prevention at the Ministry of Environment and Forestry Anis Susanti Aliati said at a webinar organized by Forum Wartawan Pertanian (Forwatan) in Jakarta, Tuesday (25/8/2020).

BMKG expected that around 64.9 percent of the country’s 342 seasonal zone areas could experience a dry season that would reach a peak this year. During September, dry season could less severe in 18.7 percent of the seasonal zone. However, the Ministry urged people to remain alert to prevent fires since hot spots couldn’t be terminated 100 percent.

He said, there are at least three permanent solution to prepare for the fires, including optimizing weather data, weather monitoring, as well as weather modification.

“We are expecting land concession owners to behave more safely. We are trying to stop using slash-and-burn method to clear lands and we can use land clearing debris to produce wood vinegar or disinfectants,” Anis said.  ***