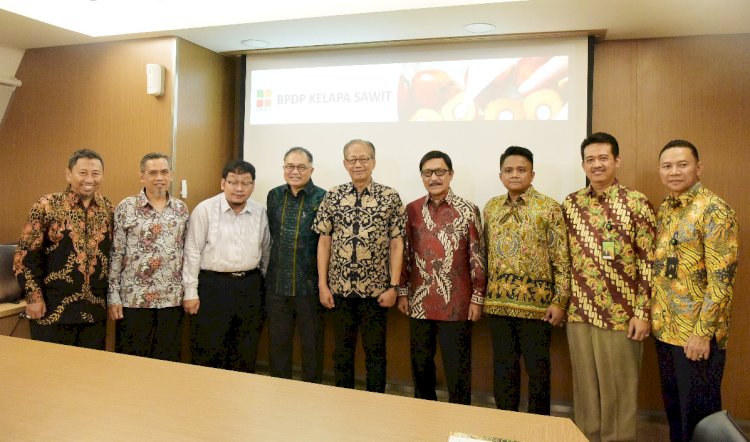 Board of directors and former directors of BPDPKS at handover ceremony of the chairmanship of BPDKS in Jakarta, Thursday (5/3/2020). (PHOTO: BPDPKS Doc)

Coordination and communication were deemed necessary to speed up implementation of the program as Minister of Finance Sri Mulyani Indrawati also demanded it. Eddy told his plan at handover ceremony of the chairmanship of BPDKS in Jakarta, Thursday (5/3/2020).

He expected his experience as Secretary of Coordinating Economic Minister can have huge benefits for him to carry out the plans. “We will work hard on strengthening coordination to improve quality of PSR program,” Eddy said in his remark. 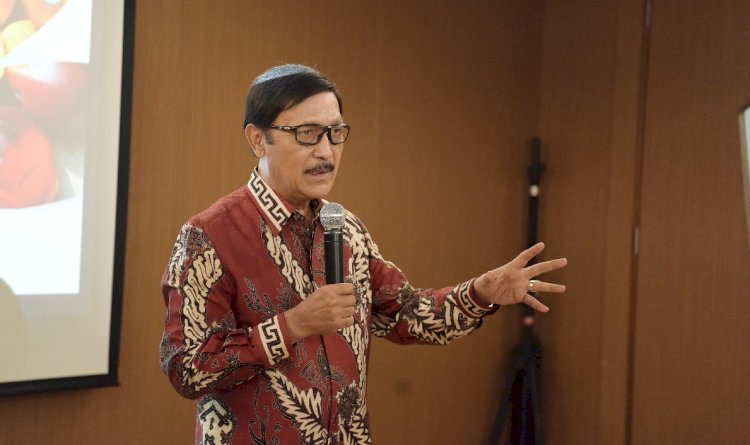 He explained that good coordination and communication were deemed necessary to make easier for the farmers to access the program. “Easy access for the farmers will encourage continuity in palm oil industry as also demanded by the government and all palm oil stakeholders.”

Eddy also said that BPDPKS has other priority tasks to be continued and be strengthened. One of them is BPDPKS’ effort to support achievement of energy security by developing new and renewable energy generated from palm oil. “Apart from that, BPDPKS has many programs to do, including development of human resources in palm oil industry, conducting research, and so forth.”

Earlier, Finance Minister Sri Mulyani reminded the agency about the oil palm tree replanting program which is one of BPDPKS’ prime objective in managing palm oil fund. “According to the President's direction, the palm oil replanting program must be carried out for 500,000 hectares within the next three years. I want replanting to be the focus of BPDPKS,” Sri said on her remark in oath-taking ceremony of BPDPKS directors in Jakarta, Monday (2/3/2020).

Speaking at the same event, Dono Boestami who previously served as BPDPKS’ presiden director,  explained about efforts he took to speed up PSR fund disbursement. He said, one of the main initiatives was to encourage the utilization of digital applications to accelerate verification process. BPDPKS also encourages the appointment of surveyors and simplification of the verification process. Dono hoped the programs would be continued and improved.

Similarly, Chairman of BPDPKS’ Board of Trustees Rusman Heriawan said that BPDPKS is a strategic institution to support palm oil industry. For that reason, BPDPKS must improve the quality performance of funds support for the PSR program.

"It is deemed necessary to maintain continuity of palm oil industry, including by improving the quality performance of funds support for the PSR program.” Rusman said. **

Govt Calls for Support of European Businesses on Palm Oil...