Chairman of the People’s Consultative Assembly (MPR) Bambang Soesatyo supported the Indonesian government's decision to submit the lawsuit against the European Union to the World Trade Organization (WTO). 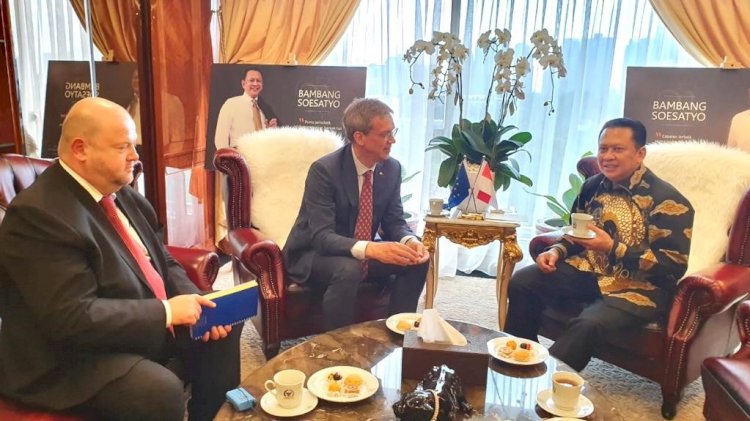 JAKARTA--Chairman of the People’s Consultative Assembly (MPR) Bambang Soesatyo supported the Indonesian government's decision to submit the lawsuit against the European Union to the World Trade Organization (WTO) on 9 December 2019.

The formal lawsuit is to fight against the discrimination on Indonesia palm oil products and their derivatives which have been prohibited in European Union through the Renewable Energy policy Directive (RED) II and Delegated Regulation. “

"A lawsuit is common in the international trade system.  Like the European Union who has also submitted trade claims to the WTO against various countries.  Although in the meantime, Indonesia still need to maintain good relations with the European Union,” Bambang said after meeting with the EU Ambassador to Indonesia and Brunei Darussalam, Vincent Piket, in Jakarta, Tuesday (12/17/2019).

At the meeting Vincent said that European Union basically did not prohibit Indonesia's CPO exports to his region. The European Union only need to ensures that Indonesian’s CPO which is entering Europe is a product of sustainable process.

Under the Instruction, the plantations’ capacity and capability will be increased by the utilization of oil palm as a new renewable energy; increase diplomacy efforts to achieve sustainable palm oil plantations, and accelerate the achievement for sustainable Indonesian oil palm plantations. **

The Third Amendment to MEMR Regulation on Provision, Utilization,...