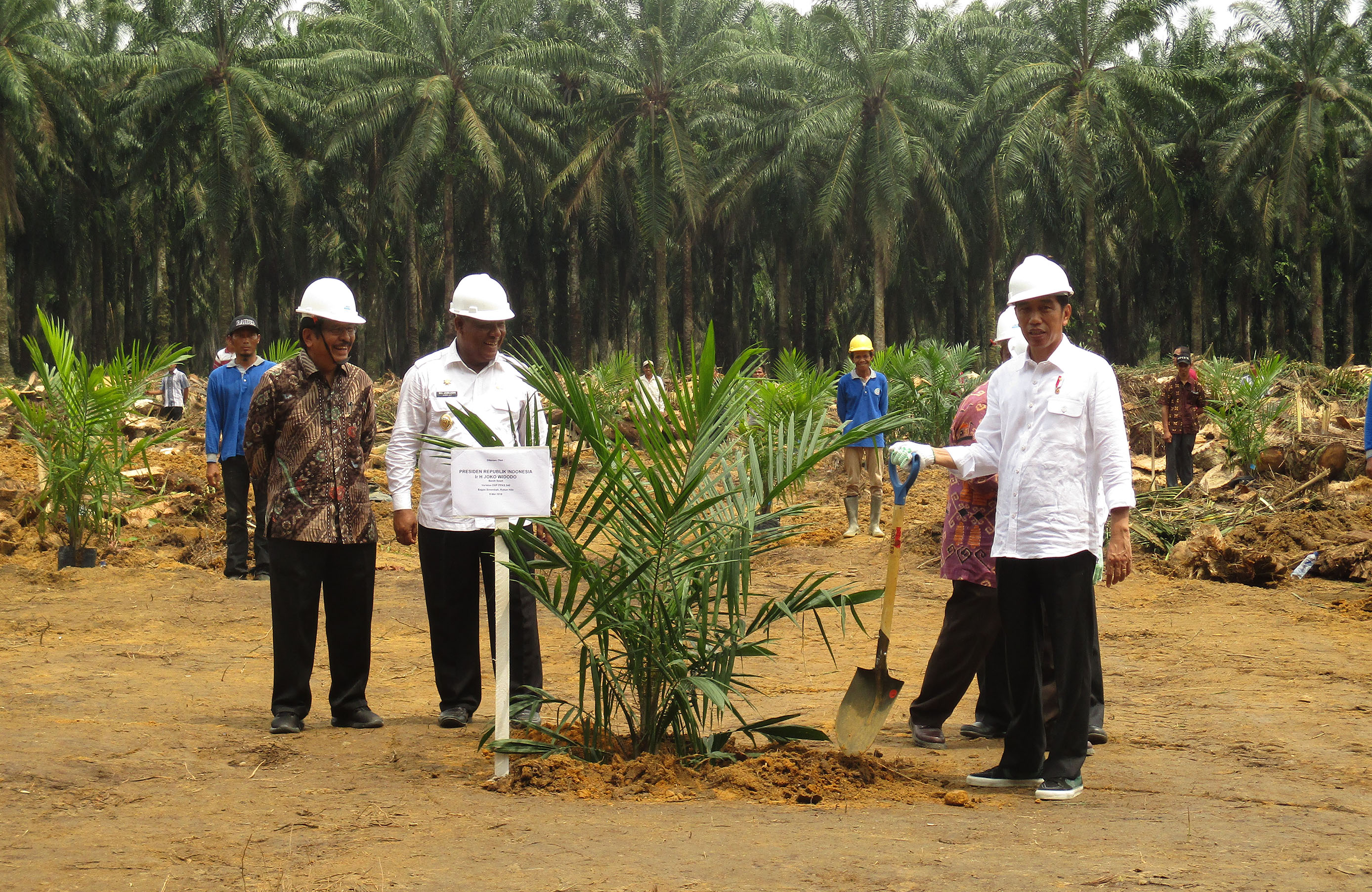 The need for replanting in this province has been urgently required, it may even should have been done earlier.  This is because most smalholder`s palm oil trees are old they are no longer productive, over 30 years old on average.  An old land productivity can only produces 5 tons per hectare at best.  While the plantations productivity owned and operated by private companies can already reach 10 tons per hectare. It is  only appropriate for Riau to accelerate replanting because the province relies heavily on its economy to oil palm. Riau Province is currently undergoing the process of economic transformation from a fossil-based oil and gas mining economy to renewable resources.

Riau is known as a producer of petroleum in the past, but Riau is now better known as a producer of palm oil (CPO). Petroleum that once was abundant in volume, is now decreasing with even many oil fields have been abandoned.  Since 1985 Riau has been intensively develop oil palm plantations as a change. Before oil palm flourish, illegal logging activities has been the biggest challenge for the province to deal with and resulted in deforestation and conversion of forest function as vast as 3.6 million hectares. The logging era in Riau crated economic and ecological degradation, leaving behind critical, underdeveloped, impoverished and dead districts. The development of oil palm made Riau rifevagain, for both the economic and ecological. The palm oil industry in Riau has produce palm oil based renewable energy, to replace fossil based energy that has been exhausted. Ecologically, this industry cleans Riau air for absorbing carbon dioxide and producing oxygen.

Contribution to The Economy

Oil palm plantations in Riau make a large contribution to the economy of the province. Plantation area increase from 300 thousand hectares in 1990 to 3.4 million hectares in 2015.

Oil palm plantations also attract the emerge of goods and services providers, i.e. small and medium enterprises and cooperatives that increased from 565 units in 2004 to 707 units in 2014. Riau is not only produces crude palm oil, but also produces processed products through the development of downstream industries in Dumai and surrounding areas. Among other industries are oleofood, oleochemistry, and biodiesel. With such proceeds, it is not surprising that Riau is a great example of successful province by palm oil plantation.

Riau also describes how the role of palm is so significant for the economy and supports the lives of many. These become the reason why the government is now desperately defending oil palm in the international trade arena. ***