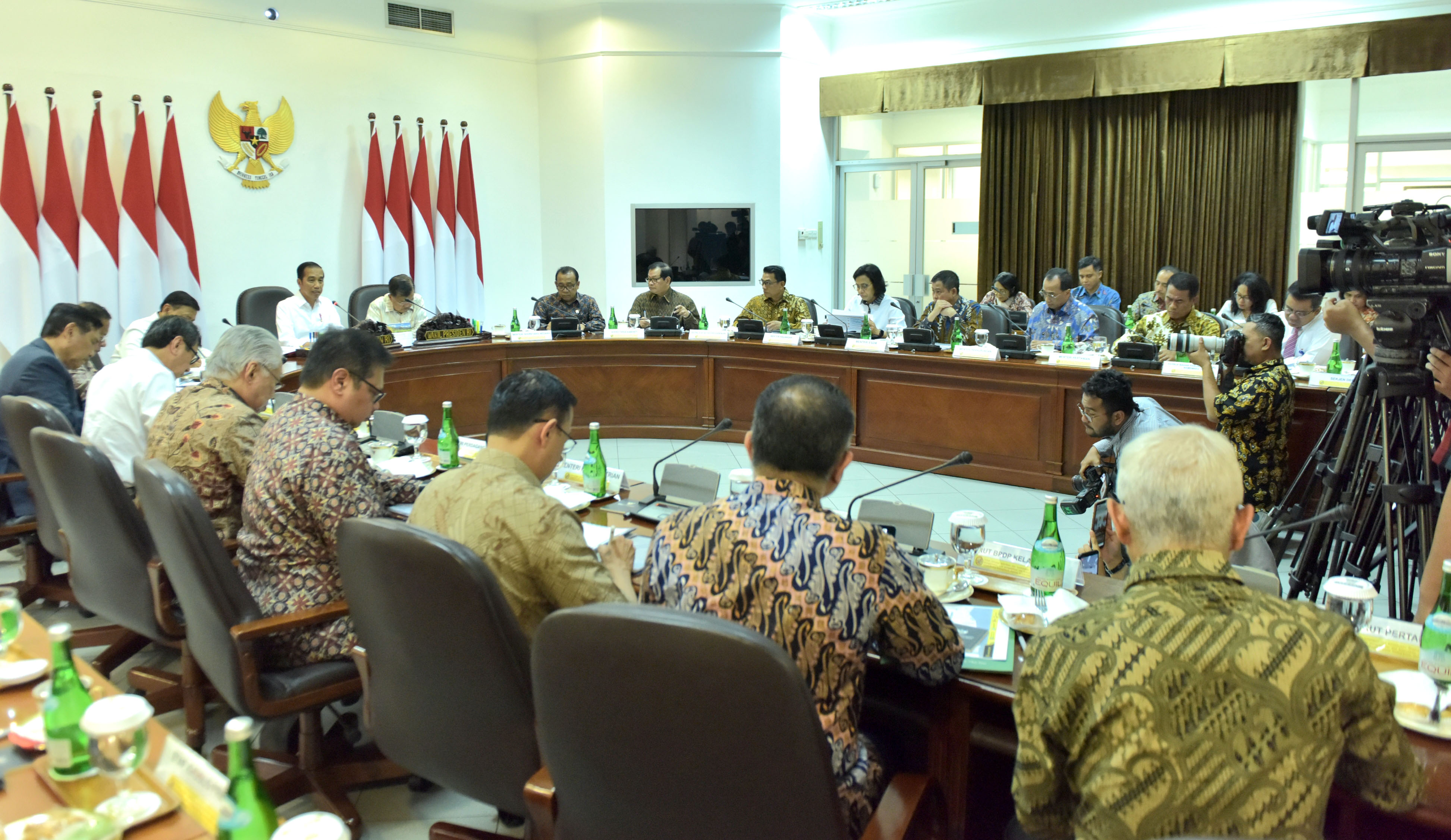 Limited cabinet meeting on evaluation of implementation of the mandatory use of biodiesel (B20) program at the Presidential Office, Jakarta, Monday (12/8/2019). (Foto:Setkab/Rahmat)

JAKARTA--Indonesia President Joko Widodo (Jokowi) wants to implement mandatory use of biodiesel 30% (B30) by January 2020 and then increase its bio-content to 50% (B50) by the end of 2020. The program is mainly aimed to reduce dependence on fossil fuels and to reduce fuels imports.

Currently, Indonesia is implementing mandatory use of B20. “We want to accelerate, starting from B20 to reduce dependence on fossil fuels and the most important to reduce fuels imports,” Jokowi said during a limited cabinet meeting on evaluation of implementation of the mandatory use of biodiesel (B20) program at the Presidential Office, Jakarta, Monday (12/8/2019).

The President said, if Indonesia consistently uses B20, it can save more than US$5.5 billion per year. It can also increase CPO domestic demand that will make positive impact to about 17 million farmers and workers in palm oil sector. He also asked ministers to study further the possibility of converting CPO to aviation fuel (avtur). “I heard CPO can be converted into avtur. Let’s conduct more comprehensive study on this matter.”

The President wants all parties in the palm oil sector to study further in order to develop green fuel. “I believe everybody knows that apart from Pertamina, palm oil mills must also be pushed to develop stand alone green fuel refineries. This is important to speed up the development of our green refinery industry.”

Speaking after the Cabinet meeting, Coordinating Economic Minister Darmin Nasution said the adoption of B20 had reached 97.5% of its monthly target between January and July this year. Average monthly diesel imports this year has dropped by 45% compared to that in 2018,” Darmin said.  (Source: Setkab)

Silent Audit to Monitor B20 Mandatory

Italy’s ENI to Work with Pertamina to Speed Up Palm Oil...