The Government has decided to reduce the number of fuel terminals to blend biodiesel 20% (B20) from 112 to 25 locations. 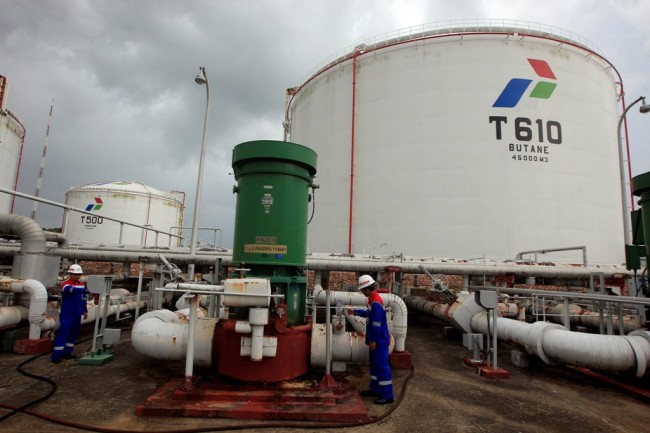 JAKARTA--The Government has decided to reduce the number of fuel terminals to blend biodiesel 20% (B20) from 112 to 25 locations. Blending process to refine B20 will be focused in fuel terminals or oil refineries located in Balikpapan, East Kalimantan.

The fuel with 20 percent biodiesel content has to be distributed across Indonesia as mandated by government to implement the expanded B20 mandatory program.

“We have decided the number to 25 locations in Balikpapan because we need floating storage. The 25 locations consist of four or three refineries and the rest would be fuel terminals,” said Rida Mulyana, Director General of New Renewable Energy and Energy Conservation at the Ministry of Energy and Mineral Resources, in Jakarta, Monday (19/11/2018) as reported by Detik.com.

He said, the government has planned to start blending in the 25 location on January 2019. After that, the number of blending locations will be reduced again to only ten locations. “There will be only ten locations in the near future. The number depends on storage availability operated by Pertamina,” Rida added.

Earlier, Coordinating Minister for Economic Affairs Darmin Nasution explained that the decision to reduce number of B20 blending locations was made to fit distribution of Fatty Acid Methyl Esters (FAME). FAME, which is the bio content of B20, is distributed to fuel terminals across the country to be blended with diesel fuel. There are a number of obstacles in distributing FAME from biofuel producers to fuel companies, mostly because of lack of vessels. ***