Russia`s commitment to cooperate with Indonesia in the palm oil products trading is enthusiastically welcomed by palm oil businessmen. 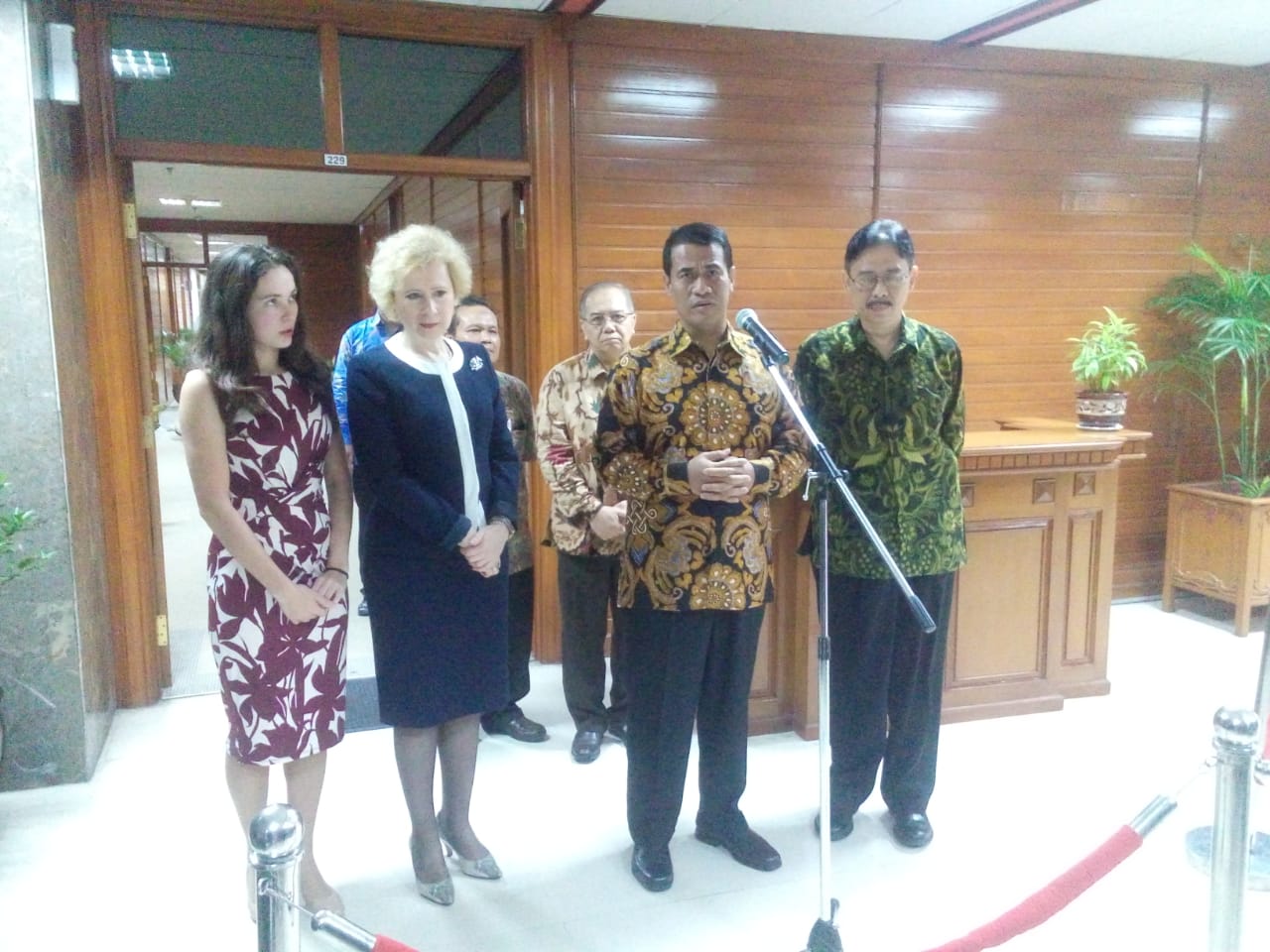 JAKARTA--Russia`s commitment to cooperate with Indonesia in the palm oil products trading is enthusiastically welcomed by palm oil businesspeople. They see Russia`s commitment need to be followed up with some actual actions.  Especially that Russia is also committed to fight the negative campaign against the Indonesian oil palm. Russia has potentially big market share for palm oil which has not been optimized.

The Vice Chairman of Indonesian Palm Oil Entrepreneurs Association (GAPKI) Kacuk Sumarto hopes that Russia`s commitment will be in line with the increase of trade volume between the two countries. "Gapki will open dialogue for fair businesses," he told Katadata.co.id, Wednesday (13/6).

The data from the Ministry of Trade, in 2017, showed Indonesia`s exports to Russia valued at US$ 1.22 billion, while imports reached US $ 1.30 billion. As a result, Indonesia is experiencing trade deficit with Russia.

Russia is committed to help Indonesia countering the black campaign against oil palm products in European Union. "We don't do black campaigns like any other European countries do," said Russian Ambassador to Indonesia Ludmila Vorobieva, last weekend. Both sides agreed to increase the trading volume in agricultural commodities.

Ludmila promises to increase the imports of palm oil from Indonesia and there will be no non-tariff barriers. In addition, this cooperation includes other Indonesian agricultural commodities such as rubber, cocoa, coffee, and tea. The Russians open the option of buying fruits harvest from Indonesia. In return, Russia offers the country`s commodities such as wheat, soybeans, and cereals to Indonesia. The Minister of Agriculture Amran Sulaiman also welcomed Russia`s support to the Indonesia`s sustainable palm oil campaign.  ***

Biodiesel Producers Ready to Invest in Preparation for...