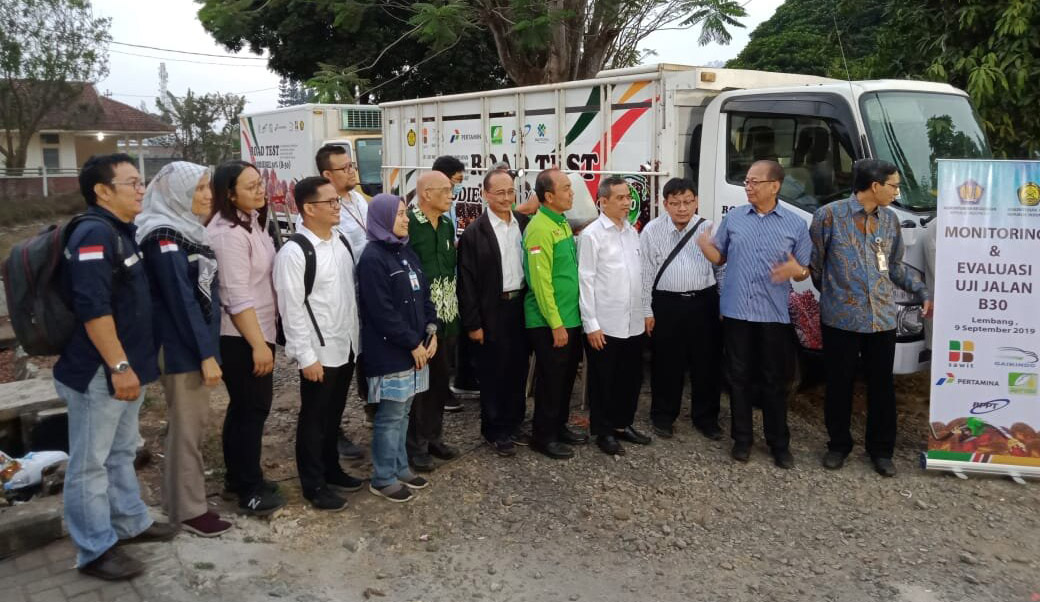 “The road test is designed and conducted by taking into consideration various aspects and also supported by all stakeholders so that the result of the test may be well accepted by the public and industry,” BPDPKS’ Supervisory Board Chairman Rusman Heriawan said.

Rusman added that the road test is conducted with various passenger vehicles and trucks to test the engine durability and endurance. The test uses high-end passenger cars as they require high quality fuels. If the high-end cars pass the test, the fuel will be much easier to be used by lower or mid-end cars.

The result of the test is expected to be released by mid-September 2019 and decision for B30 allocation for biofuel companies can be made by October 2019. Thus, the B30 mandatory program can be kicked off on schedule by January 2020 as mandated on Minister of Energy and Mineral Resources Regulation number 12/2015.

Concerning the test result on diesel engines, the operational team of B30 Road Test reported to Rusman that the test had shown impressive result. “So far, overall test have shown consistent result on engine performance, fuel quality, oil, and fuel consumption.

It has no significant differences with cars using B20, even cars with B30 has shown better performance on emission parameter and opacity,” Sujatmiko, Head of Center for Research and Development of Electricity, New, Renewable Energy and Energy Conservation Technology, said.

Meanwhile, representative of the Indonesian Car Manufacturer Association (Gaikindo) explained that the industry is ready to use B30 and has collaborated with the government to make a few adjustment in order to minimize troubles on engines, particularly on fuel system and fuel filter. ***